This lake is unique among Finger Lakes. It has the highest water quality of any of the Finger Lakes. The sheer beauty of this lake and its shoreline – lined with forests and cliffs up to 100’ high makes fishing here an unforgettable experience.

Over the past 70 years, the rainbow trout fishing here had been a major angling attraction on this lake.  Fishing for rainbows was good from the late 1950s onwards up until recently.  Over the past decade the rainbow trout fishing has slowed considerably.  We caught a few rainbows here in 2021, but they were uncommon.  After a great salmon year in 2020, we didn’t see many this past year either.   The most likely reason is the expanding illegally introduced walleye population here.

Scott with a nice Skaneateles Salmon

Greg with an uncommon Skaneateles Largemouth!

The yellow perch and smallmouth bass fishing is excellent here. This lake has a tremendous population of smallmouth bass, including some large fish.  The lake fishes really well from ice-out through early June and then again in the fall from late October through December.  Smallmouth bass fishing holds up all summer long.  Other species found here include largemouth bass, brown trout (rare) and chain pickerel.   This lake has some very nice sized pickerel, panfish (huge rockbass and sunfish) and largemouths.  The pickerel population is expanding here.  At one time, they were primarily just found on the south end of the lake.  Now they seem to be spreading out lake wide.

Summer nettings for lake trout in 2021 seems to indicate slightly lower numbers of lake trout.  Ciscoes (a forage species) appear to be hanging on here.   The big news in 2017 was that DEC found a few strong classes of walleyes in their nets. There have been walleyes in the lake since the mid to late 1970s but their numbers remained low.  Walleyes are a direct threat to the rainbow trout and salmon population here, since they frequent the same predatory niche and water temperatures.  Walleye like mid-50s water temps and so do rainbow trout. The building walleye population certainly explains the decline in the rainbow trout and landlocked salmon numbers that I’ve witnessed on this lake over the past 10+ years.  Walleyes can live to be 25 years old.  They will be around for a long time here.  I caught a handful of walleyes here in 2020 and my clients caught some as well.  In 2021 we caught more walleyes including a fish that a client landed that was over 27″ long.

A building walleye population will also be a threat to the yellow perch population here.  Young perch are a favorite forage of walleyes.  Expect to see a decline in the quality of perch fishing here.

This lake’s clear water can make for tough fishing when there’s no wind and a high sun – especially in the fall.   But the beauty of this lake is unsurpassed – a slow day fishing here is still a day you will remember.

Parking at the State Launch is no longer allowed for single cars between April 15th and around October 15th.  It makes logistics for meeting clients here a pain. Mandana is now charging people to launch and park there and it isn’t cheap by regional standards.  I enjoy guiding this lake but the limited capacity for boats/cars at the State Launch makes it problematic to guide weekends here during the summer.  So from the 3rd week in June through Labor Day weekend, I only guide weekdays. 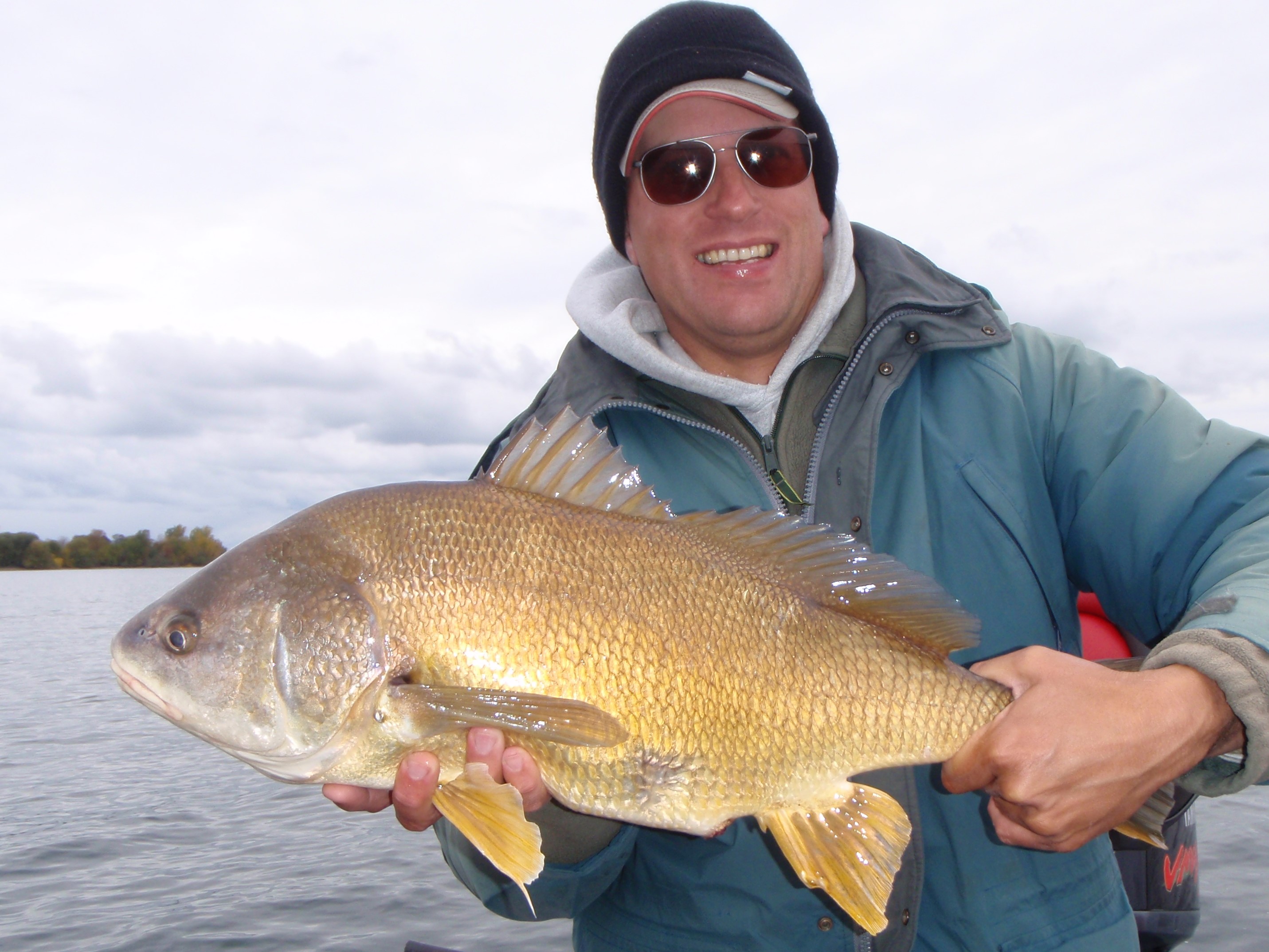 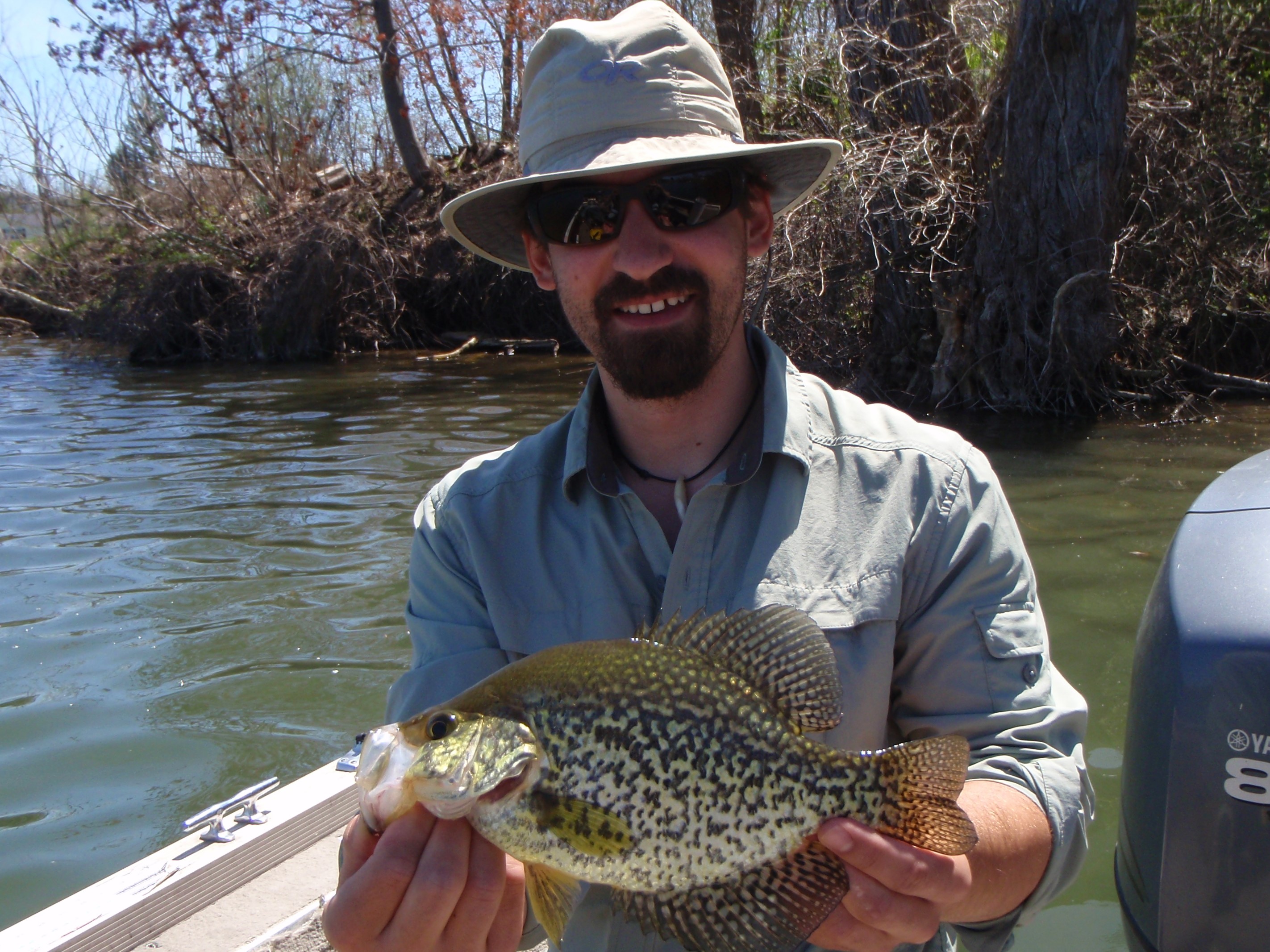 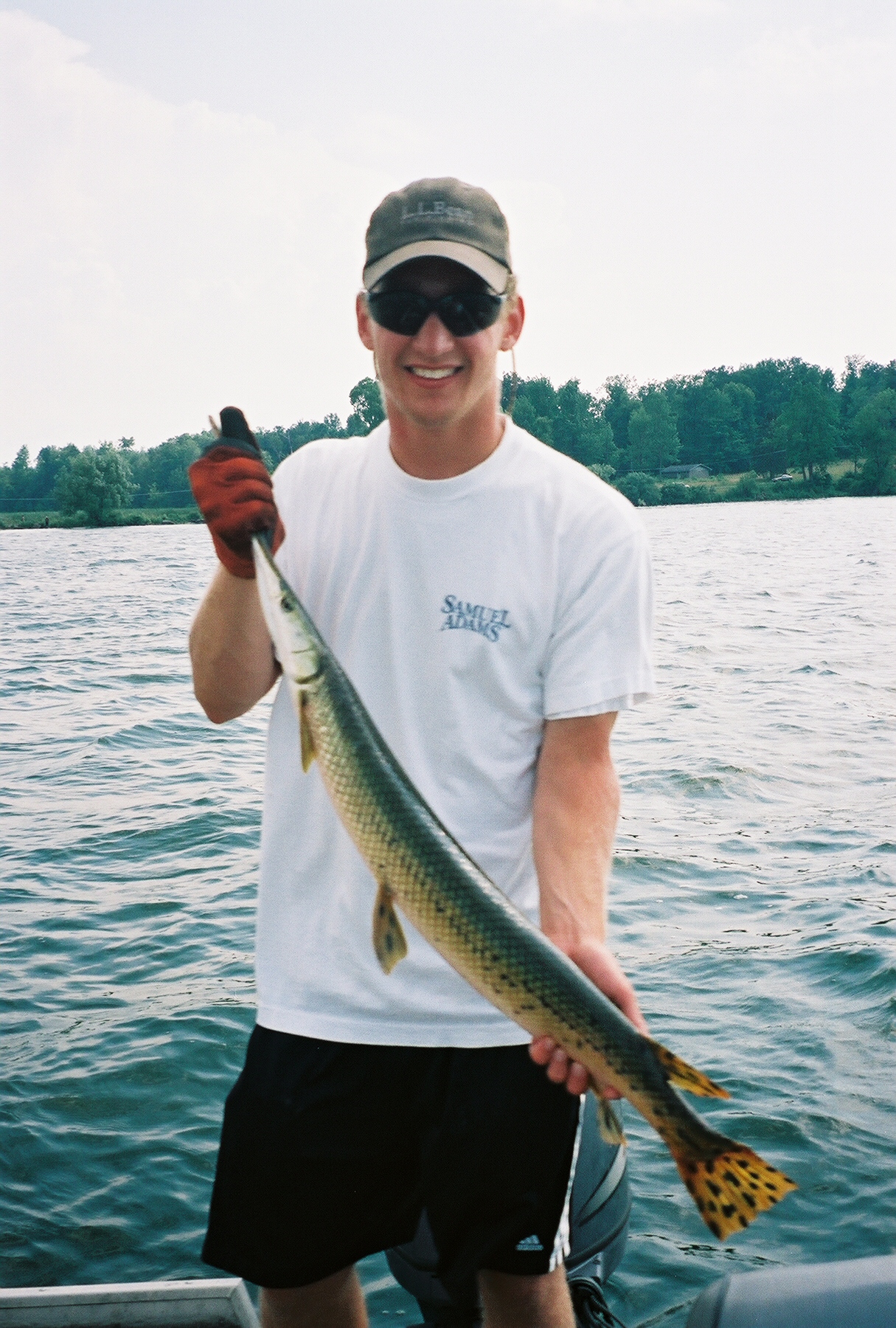 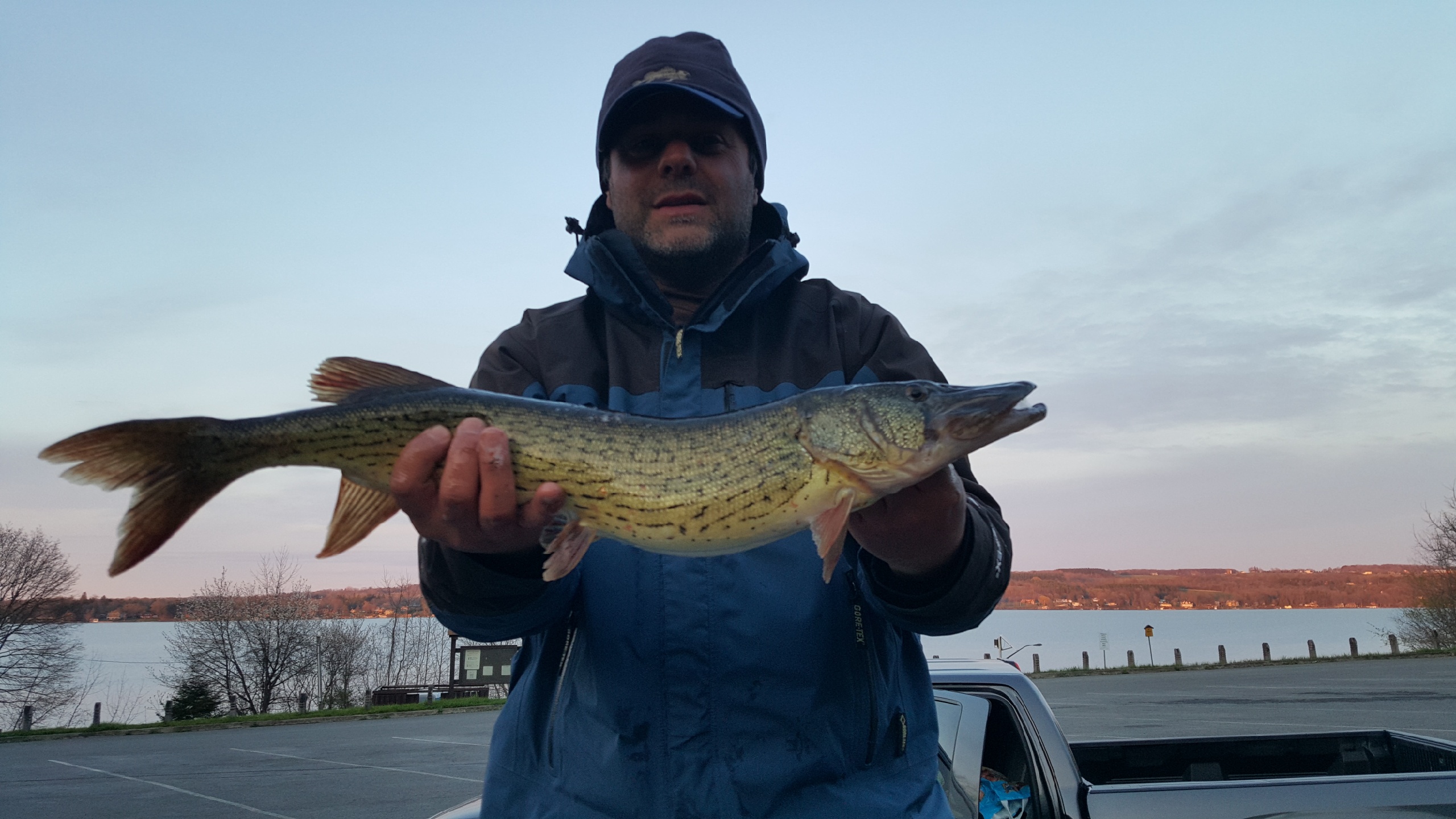 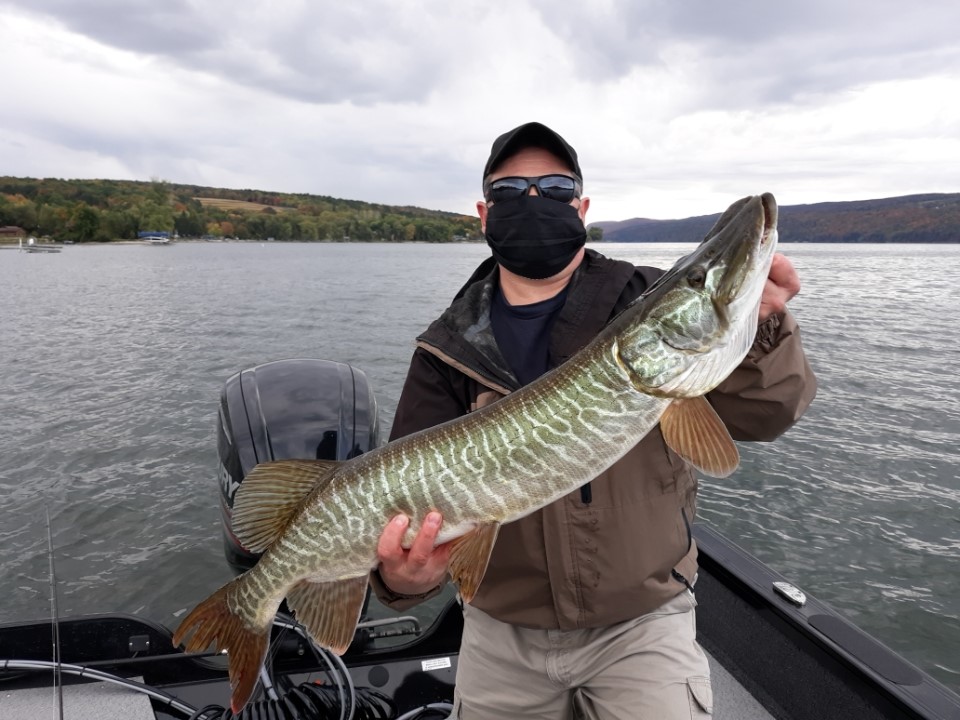 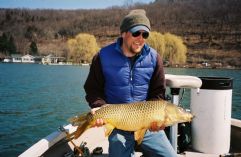 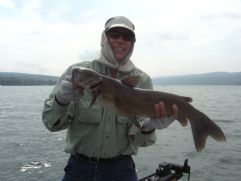 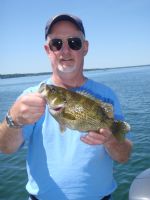